There is a common saying “Success begets success”. The successful walk the success, and sometimes the best way to make… 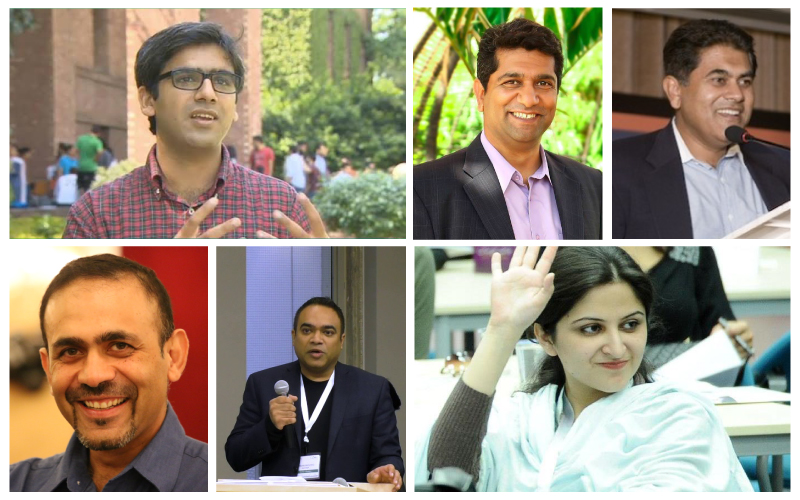 There is a common saying “Success begets success”. The successful walk the success, and sometimes the best way to make your dreams a reality is by following in the footsteps of those who have already amassed a great deal of success. By following successful people in our lives, we give ourselves a role model to look up to, someone who can inspire us to strive harder in our efforts to attain success. This is especially true for entrepreneurs, as those who aspire to use their talent and skills for bringing new forms of innovation to the world and benefit the lives of others, will gain a lot of motivation from other successful entrepreneurs. By following other entrepreneurs, they can get to learn about many of the challenges which entrepreneurs face during their career, and learn to accept that determination and firm dedication to their life goals will ultimately reap success for them.

Zia Imran is an entrepreneur, inventor and a motivational speaker in Pakistan. He is currently involved in a project, building home automation and energy saving devices based on IoT technologies. He is also working as part of the SPRING Accelerator team in Pakistan. Zia is the CEO of Vahzay (Pvt) Limited, a software company based in Lahore, which focuses on producing software, IT products, and services. He is also a founding member of Plan 9, one of the largest tech incubators in Pakistan. What makes Zia stands out among other Pakistani entrepreneurs is that he has over fifteen years’ experience of working at Silicon Valley, in product development and program management at several companies, including Oracle and Altera (now Intel).

Monis Rahman is a Pakistani venture capitalist. He is the founder & CEO of Naseeb Networks, Inc., a business-centered social network, which basically serves the purpose of online job recruitment. In 2006, he started Rozee.pk, a company aimed to promote job opportunities in Pakistan.

Monis is also the co-founder of eDaycare.com, and was responsible for the development of the technology behind the startup. He has also founded and run various companies, ranging from Internet startups to chip design consultancies. He has also raised venture capital for two Internet startups in Silicon Valley. Monis Rahman started his career at Intel Corporation, where he served as a key member of Intel’s microprocessor design team. Monis has also served as the Director of KASHF Microfinance Bank Limited. He has gained a lot of fame and recognition, by being featured in various newspapers and magazines, including New York Times, CNN, InfoWorld, The Chicago Tribune, The San Francisco Chronicle, and Spider. Monis also holds several patents for his innovative work in Pakistan.

Ali Rehan is the Co-founder of Eyedeus Labs and Ingrain. Ali graduated from Lahore University of Management Sciences (LUMS). He is also the CEO of Groopic Inc., and led a team of five to build, release, and market the Groopic App, a mobile application which enables people to take group pictures and include the photographer as well. Groopic has gained great reviews from TechCrunch, Gizmodo, Cult of Mac and CNN. Ali is the Co-founder of Ingrain, a native advertising platform that allows the user to place automatic and individually targeted online videos in real time. The video publisher can monetize the content without compromising the user experience. Ingrain has made significant technology breakthroughs in solving hardware related problems in Pakistan, particularly in Position Tracking & 3D Scene Understanding problems. Team Eyedeus, led by Ali Rehan, were also shortlisted for the Google Blackbox Connect entrepreneurship accelerator in 2013.

Maria Umar is the founder of Women’s Digital League (WDL), an online platform that provides work opportunities and digital training for Pakistani women. The turning point in her career was the Project Artemis/Goldman Sachs 10,000 Women Program, when she was mentored and coached by top business professors and motivational speakers from the Silicon Valley. Maria was nominated as a Thought Leader by Ashoka Changemakers. During her time working in an online digital outsourcing sphere, under her leadership, WDL also won the Early Stage Award in the Changemakers “Women Powering Work” competition. Maria has been featured as an innovative leader by the local and international media, including Mashable, Forbes, Virgin, Ashoka, and Dawn. She is also actively striving to encourage girls to opt for STEM at an early age, through the Technovation Challenge.

Zafar Khan is the CEO and Founder of Sofizar, a Lahore based Internet marketing company, which sells products directly to consumers in North America, over search engines and through Facebook marketing. Sofizar makes more than ten million dollars per year in revenue. Zafar is also the CEO of Engro Digital, a chemical and processing plant, where sensory data interacts with machine learning based analytics to give real-time recommendations and alerts. Zafar was also the co-founder of PrimeDTV, an ATSC reference design company, based in Shanghai and Anaheim. He has been on the Central Executive Committee of P@SHA, and is a Past Vice Chairman. Zafar has managed to bootstrap his company into a multi-million dollar venture. He is currently working on leading his organization to tackle more verticals, and maintaining their growth rate.

Farhan Masood is a brilliant and innovative entrepreneur, who has won several international awards for his contributions toward innovation. These awards include The Asia Pacific ICT Awards and the MIT Enterprise Forum BAP 2012 Competition. Farhan is the CEO of SoloInsight Inc. (USA) and SoloTech Labs (Pakistan), which aims to provide innovative solutions, which are custom designed according to the needs of the company’s clients. He has a great level of expertise in perimeter security, and he is always willing to share his knowledge by delivering keynote speeches at various university and college seminars. He is also the founder of Go Green Pakistan, a campaign aimed at promoting the spirit of patriotism in Pakistan and connecting patriots all over the country.