The Federal Minister, Senator Shibli Faraz cordially invited members to share their observations and constructive remarks on Electronic Voting Machine. Subsequently, after the National Assembly Session, the Electronic Voting Machine will be presented to all four provincial assemblies and members will be requested to vote using the EVM in order to understand the process better.

As free and credible elections using technological advancements is the need of time. Ministry of Science and Technology is playing her active role in expediting the process towards electronic and transparent elections under the leadership of the Honourable President and Prime Minister. To achieve this landmark step of transparent elections acceptable to all, this was the much-needed step.

Furthermore, the EVM will be presented to Chairman Senate on Tuesday, August 10, 2021, followed by its presentation to Speaker National Assembly on Wednesday, August 11. The Federal Minister for Science and Technology Senator Shibli Faraz welcomed any observations from fellow members National Assembly and emphasised that suggestions will be taken into account in detail.

The Federal Minister Shibli Faraz said that change of political culture using modern and transparent means will help strengthen the true democracy and he is thankful to the President of Pakistan and the Prime Minister for their continuous support in achieving this landmark development.

Post Views: 779
ALSO READ:  Foreign Ministers exchange messages on the 60th anniversary of the establishment of diplomatic relations between Pakistan and Nepal
Related Topics:electionnewspakistanpress release
Up Next

Adviser to PM on Finance and Revenue Mr. Shaukat Tarin addresses a virtual meeting of the Pay and Pension Commission 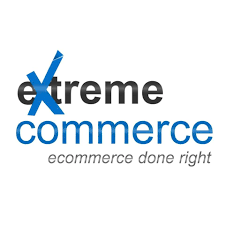 Reference to on-going news threads by National Media and social media platforms regarding change in privacy terms & conditions of WhatsApp, Ministry of IT & Telecom is monitoring the current developments and clarifications provided by Facebook Inc. in this regard.

It is brought to notice that subject changes in privacy are applicable on WhatsApp business account only, while regular non-business/ individual profiles/ accounts are not affected.

MOIT&T would like to emphasize here to all such digital social media platforms including WhatsApp administration to adhere by privacy rights of citizens of Pakistan. In this regard, all such digital platforms need to strengthen their engagements with the Government of Pakistan so that concerns of General Public and businesses can be well addressed by all means.

SadaPay has announced that it has been granted the in-principle approval by the State Bank of Pakistan (SBP) for an Electronic Money Institution (EMI) license. This approval allows SadaPay to ready its operations for the pilot phase, during which the digital wallet will be available on a limited scale, under supervision of the regulator.

The startup is founded by American serial entrepreneur Brandon Timinsky, who ventured to Pakistan after his last startup in the US was acquired. Over the last year, Timinsky has assembled a team of banking veterans, liaised with the regulatory authorities, and built the foundation for a “digital first” financial institution in Pakistan. Dr. Waqar Masood Khan, Pakistan’s former Finance Secretary, has joined SadaPay as Chairman of the Board.

Pakistan is now the 5th most populous country in the world, with over 76 million 3G/4G subscribers and nearly 1 million new smartphones users coming online every month. In light of the COVID-19 pandemic, internet adoption is only accelerating and more people turn to digital solutions for everyday payments. This presents a tremendous opportunity for SadaPay not only in Pakistan, but also a number of other regional markets that the team hopes to expand to.

“Sada” translates to “simple” in both Urdu and Arabic. SadaPay’s mission is to do away with the cost and complexities of traditional banking through their simplified digital-first experience. SadaPay offers a smartphone-based digital wallet accompanied by a free Mastercard debit card.

As soon as a SadaPay account is activated, a virtual debit card is provisioned for immediate use. Also, users can perform free and instant transfers to any bank in Pakistan, and withdraw cash from all of the 14,500+ domestic ATMs with no fees (3x per month). Furthermore, users can also load their account with cash at any of 30,000+ retail locations across the country.

Speaking about the news on the approval, Brandon stated “It’s really amazing to see how committed the State Bank of Pakistan is to adapting to changes in consumer behavior and advances in technology. In the last few months alone, we’ve witnessed tremendous progress by SBP with the release of a number of new regulations that are certain to make an incredible impact on Pakistan’s economy by catalyzing the digitization of its financial system. We’re also very grateful for the support we’ve received from the Bank of Punjab and Mastercard, which will certainly spur our journey towards rapidly expanding financial inclusion in the country”

Speaking on the occasion, Dr. Waqar said “The role the Central Bank is playing in laying the foundations of a broad-based and user friendly digital payment system in Pakistan is laudable. These efforts have gained momentum since last July. Pakistan would soon be a leading country in digitizing its payment system and SadaPay would play a prominent role to achieve this goal”.

Early access to SadaPay will be available for those who have signed up for the waitlist through the website; www.sadapay.pk. SadaPay also has a very feedback-centric approach to their product development roadmap, and they’re also welcoming suggestions via email, hello@sadapay.pk.